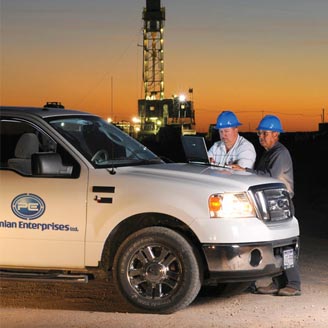 The advent of CO2 injection and other EOR programs has led to even more need for the corrosion protection of water and CO2 distribution lines throughout the oil fields. Again, Permian Enterprises has met the need with an economical and effective corrosion prevention system.

In 1987 Permian Enterprises developed and implemented a new external coating called Nap-Wrap. Throughout the years the designs and formulations were improved, and it is now known as Ryt-Wrap. Ryt-Wrap is one of the most popular external casing protections. Over 30 million feet are in service with over 229 customers in the Permian Basin. Ryt-Wrap is one of the most widely used external coatings in the industry. In 2009 Permian Enterprises built a second Ryt-Wrap plant to keep up with the needs of its customers.